Ryan is officially done with his second year of medical school…which also means that he is halfway to becoming a doctor and that he is DONE in Muncie!!! Those of you who have followed our journey know how hard this has been on us. When I was 7 months pregnant, we found out that Ryan would be at the Muncie campus for his first two years at IU Med School. I know it could have been worse…he could have not gotten in to IU, or he could have been placed in Evansville or South Bend, or somewhere else hours away. However, it was still a rough and unexpected turn that I wasn’t ready for, especially since we were due to have our first child in just a couple months. I would have moved to Muncie with him, but I didn’t think anyone would hire a teacher who would need a maternity leave right away. We ended up getting Ryan an apartment in Muncie where he would spend the majority of the week, then come home on the weekends. To say that the last two years was hard would be an understatement. It was exhausting working full time, raising a new baby, taking care of two dogs, and keeping up with all of the groceries and housework practically alone throughout the week  (and we all know new moms don’t get the best sleep). I do have to give a quick shoutout to mine and Ryan’s parents for all of their support, whether it was feeding Kinsie and I dinner, helping me clean or run errands, or simply encouraging me when I was overwhelmed. I appreciate it more than I can say! It was hard too for Ryan being away from his family during the week and spending most of his time studying in a lonely apartment. As challenging as it was…I know that God’s hand was on us. It turned out the be a blessing in disguise for several reasons. While I would have much rather had Ryan at the Indianapolis campus, he would have been in a much larger class. Instead, his Muncie class had 24 people, who have now become his best friends and an AWESOME support system for our family. I can’t thank them all enough for being there for all of us and welcoming me and Kinsie like we were family. Ryan being away also made us cherish our time together as a family. When he was away, that was his intense study time. When he was home, he would be fully engaged in us and did his best to be a loving, hands-on daddy and husband. I think being away from each other made us appreciate one another much more than if he were home each night. There have been many times in my life where things take an unexpected turn and I questioned God and wondered how I was going to handle it. But this situation proves that things are not always going to go according to our plan, but God has a better plan. We may not understand God’s plan, but it is ALWAYS better so we need to trust Him!

Kinsie and I are SO happy to have Ryan back home. He’s been home since the beginning of May, but he had to spend practically every second of his time studying for his STEP 1 Boards. This test is a big one and will determine where he can get into residency, so he made sure he studied hard. Even though it was difficult, I supported him needing to study all the time because how he does on this test will affect our future. Kinsie wasn’t quite as understanding…she would often shut Ryan’s laptop, hand him a book and climb up on the couch for him to read it to her. He took his test on June 3 and we were all thrilled for him to be done. The next step in his med school journey is clinical rotations for two years. Most of these will be in Indy, which we are relieved about! After 2 more years, he will officially be an M.D. However, then comes residency. Depending on what he specializes in and what score he gets on the STEP 1 will determine where he will go for residency. We are hoping to stay in Indianapolis, but he will need to apply all over the country. Wherever he goes, Kinsie and I will be going with him!

In other news, I have completed my 3rd year of teaching! It was a really rough start of the year with many administration and student behavior issues, but those issues were resolved and it turned out to be a great year for me. I got really close to my class, which made it hard to send them off to the middle school. But I’m sure you can imagine how excited I am to be on summer break and get to spend more time with my sweet girl! 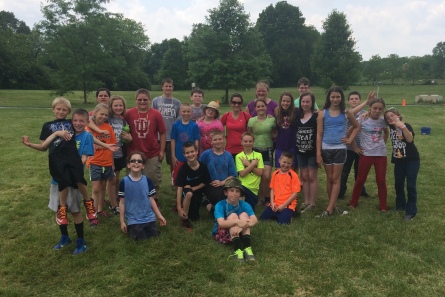 Ryan only had 4 days in between his test and the start of his clinical rotations, and we wanted to take a little trip, but obviously couldn’t go somewhere too far since we only had a few days. We decided to go to Bloomington…home of our Alma Mater, Indiana University. We LOVE this town and there are so many fun things to do and see. We loved getting to show Kinsie all of our favorite spots on campus. We went to Wonderlab Science Museum, went hiking at Cascades Park, walked around Kirkwood Avenue and showed her around campus. Her favorite part was the clock tower at the Student Building near the Sample Gates, which she called the “big girl clock.” She would belly laugh and squeal whenever the bell would ring on the clock! We had some awesome quality family time before Ryan had to start “work” full time. It was a much needed mini-vacation! 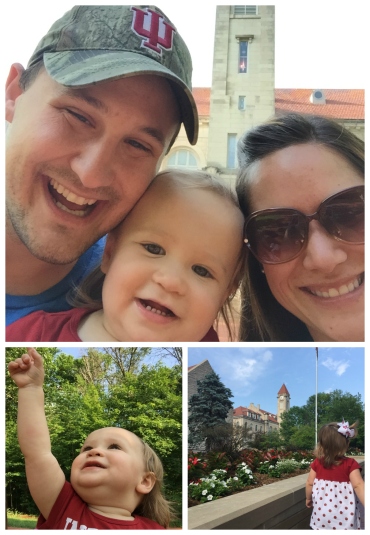 Obsessed with the “big girl clock!”

This was her face while the clock was ringing

One thought on “So Long, Muncie!” 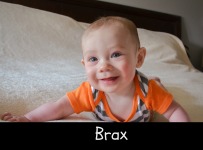