How am I already in my third trimester? This pregnancy is flying by quicker than I could ever imagine. I can’t believe we are only 3ish months away from meeting our little man! It honestly still seems kind of far away though, mainly because my body feels much farther pregnant than 28 weeks, but with how quickly the time has gone by so far, I will probably blink and May will be here! I’ve been much more antsy lately about meeting him, probably because our good friends from our life group (who have a daughter Kinsie’s age) just had a little boy about 2 weeks ago. My sister and I got to take his newborn photos, and we could have snuggled with him all day! It really made me anxious to hold my own baby again. I mean, let’s face it…we are lucky to catch and pin Kinsie down long enough to snuggle with her for a few seconds these days! 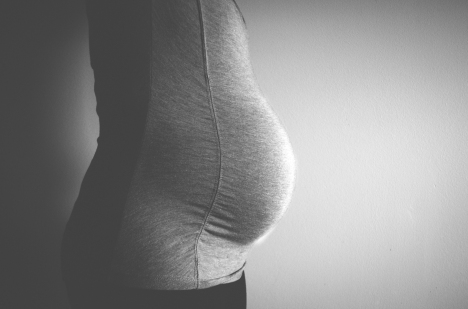 I am still feeling pretty well, but definitely having more trouble each day moving around, and still very tired. I feel like I had about 2 weeks of this pregnancy where my energy level was pretty good, and other than that, I’ve been exhausted all the time! Oh, and remember how last month I said I didn’t have back pain yet? Well, that changed! Back pain has been quite an issue the last few weeks. It is very hard to get into a comfortable position when sitting or laying down. Because of that, I haven’t been sleeping great…but I guess that’s God’s way of preparing me for what’s to come again! It has helped to sleep with a pillow in between my knees, and as long as I don’t overdo it during the day, the pain is uncomfortable, but bearable. While I’m more of a warm weather gal anyway, I am especially anxious for spring because I really haven’t been able to breathe well since around November. My nose is stuffy constantly, and then I’m out of breath from pregnancy so I just always feel like I am gasping for air! Let’s hope some warm weather will fix this issue soon! Like I said last month, I really can’t complain too much because both of my pregnancies so far have been great, and I am still so blessed that I am getting to experience the miracle of pregnancy. 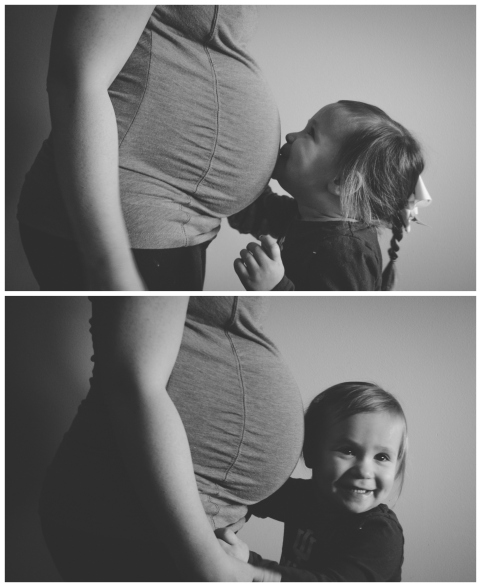 Kinsie loving on her baby brother

This baby boy is still constantly on the move, and his movements get stronger every day. While I have always loved feeling him move, I am more grateful for it now than ever. This is because of a little scare I had last week. I hadn’t felt him move for about 7 hours one day, which is extremely unusual for him. I was terrified so my teaching partner covered my class, and I left work early to go to the doctor and get checked out. Luckily my mom was available to come with me since Ryan was at work. They hooked me up to monitors and we soon heard his strong heart beat and cried happy tears! The night before, I had very strong Braxton Hicks contractions, so the nurse practitioner guessed that he made some big position shifts that night and was in a position where I couldn’t really feel his movements. I really didn’t feel him much that entire day, but the next day he was back to his old self, kicking like crazy! It was very scary, but everything was fine and I am especially grateful now for every little kick in the ribs I get!

When I went to the doctor last week, the nurse said I was measuring about 2 weeks early. However, when I went for my 28 week checkup today, I was measuring right on schedule. I’m guessing he was just stretching out last week? According to my pregnancy apps, right now he should be about 2.5 pounds and the size of an eggplant. However, I am still feeling significantly larger with this pregnancy. As I compare pictures, I think right now I look about what I did at 32 weeks with Kinsie. Even within the last few days, I have had several comments about how much bigger my belly looks…another growth spurt I guess! Something tells me this boy is not going to be quite as petite as Kinsie was at birth!

What else we’ve been up to this month:

We have had some crazy weather patterns the last few weeks. We’ve had some really warm days (like last weekend), and then we’ve had quite a bit of snow (like the weekend before). We took Kinsie sledding for the first time, and she was a fan as long as she went down “baby hills.” Ryan tried taking her down a bigger hill, but she said it was too fast, and the wind blew snow on her face so she wasn’t too fond of that! Still, she has been loving the snow this year. She loves to just walk around and explore, and eat the snow! Last weekend was 70 degrees and beautiful! We spent most of the afternoon outside and Kinsie ran around screaming with glee the whole time. Ryan, baby boy and I enjoyed ourselves outside as well!

Weekend of February 13 – playing in the snow 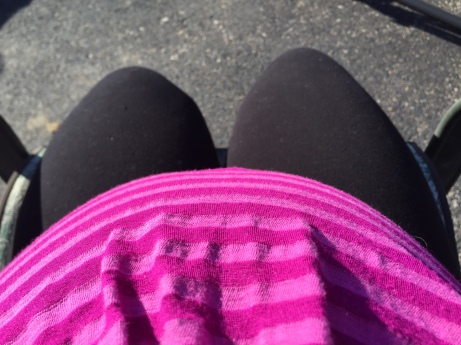 Baby boy enjoying the sunshine too 🙂

We are still working on potty training. She has some really good weeks, then some weeks where it is a major struggle. Ultimately, we are making progress. Being able to let her run around with just panties on definitely helps the process!

Ryan is in his Internal Medicine rotation, which doesn’t have too bad of hours, but he still works 6 days a week and every few nights he has a late shift. When he’s home, he tries to multi-task by spending time with us while studying. This usually works out ok for him, but lately Kinsie has turned him into her own personal jungle gym. She climbs and hangs all over him which probably doesn’t make it easy for him to study! He is always a good sport about it though!

We recently got to go to a birthday party for our good friend’s son who turned one last weekend. He had a Mickey Mouse party, so Kinsie was pumped. She got her face painted with a matching balloon animal, and even had a visit from Mickey. This Mickey wasn’t quite the “Disney World” Mickey that she met recently, so Kinsie was a little skeptical and wouldn’t go near him unless we were right by her, but she still had a blast! Any chance to get out of the house and be somewhere new is always good during the winter. She hasn’t wanted to nap the last few weeks, which has been hard on me because I have been relying on her nap time to take a nap myself during the weekends. I don’t know if she just not getting enough energy out since she’s inside all the time, or if she is ready to give up naps completely. I am REALLY not ready for her to be done with naps, so I’m praying that that’s not the case just yet! 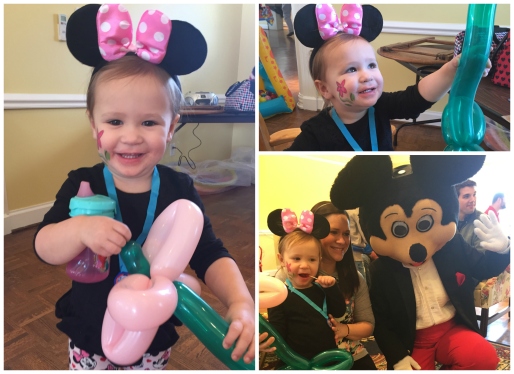 Well, that’s about it for now. More updates next month as our girl turns 2 and a half! 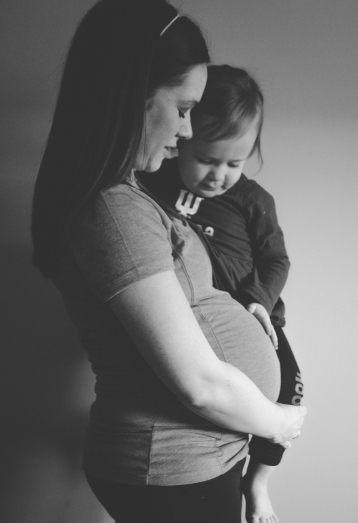 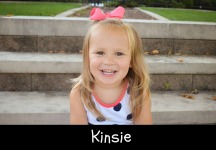 Our last “traveling Christmas” was a success... can’t believe we’ll be back home again in Indiana for good in just 6 months! Now we’re ready to ring in the new BIG year we have coming up...new job, new baby, new home! We’re ready for you 2020!
We recently learned 3 things... 1. Kinsie actually has decent aim with her BB gun. 2. Even with decent aim, BB guns don’t necessarily pop balloons. 3. We are having another baby BOY!! 💙 Although our reveal plan took a few attempts, we loved getting to share the news with the people we love most, and on my mom’s birthday! Can’t wait for another crazy, precious little boy to join our family in May!
Happy birthday to our #1 guy! We are so proud of you for all your hard work and everything you’ve accomplished so far, all while continuing to put your family first. You never fail to be there for us when we need you, even when you’re juggling your many responsibilities or when you’re sleep deprived. Life with you is more adventurous and certainly never boring! We can’t wait for the many more adventures to come! Love you to infinity and beyond!
Wearing our red to show our support for Indiana teachers all the way in Arkansas! I may not be currently teaching (at least not in the classroom), but it’s still my passion and will always be a part of who I am. I’m so proud of my fellow teachers for taking a stand for our students! ❤️ #RedforEd

Experience the World. Evolve Yourself. Engage Your Community.