And now August, a.k.a. the hottest month of the year in Arkansas, is finally over. We are somewhat grateful that this is the last August that we’ll be living here. Like I’ve said before, all of the other seasons in Arkansas are great, but we struggle in summer. This August in particular seemed especially brutal. It was rare that we had a day where the heat index wasn’t above 100 degrees. We are craving fall weather and everything that comes with it. Who knows if we’ll actually get cooler temperatures yet or if they won’t show up until October, but at this point, anything below 90 is considered pleasant! 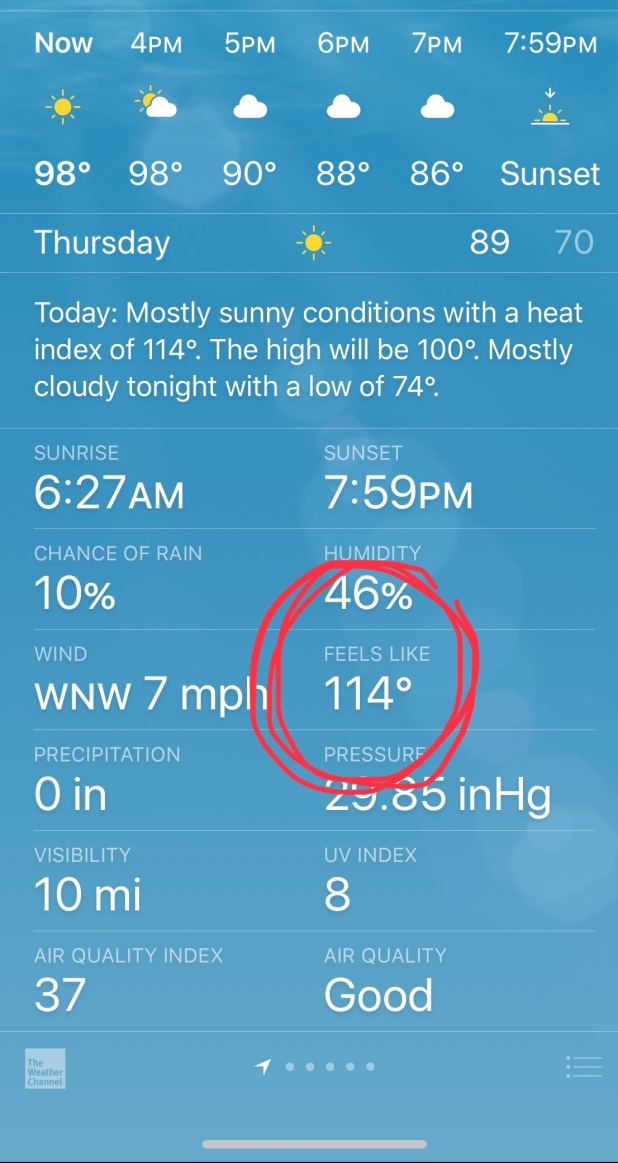 Lots of exiting milestones and adventures in August! The biggest thing was Kinsie starting Kindergarten!! But I’ll get to that in a minute. With Kinsie in school and Brax not starting until after Labor Day, we’ve had to get creative on how to stay occupied when it’s too hot to go outside. We had lots of little adventures and enjoyed our time together.

Here is the recap of our August…

The Weekend Before Kindergarten

During the month of August, Ryan was on a teaching rotation, where he spent his shifts teaching medical students. He had fewer and shorter shifts, and he got to pick when they were…so he had the weekends off. It was amazing! We wanted to have a fun family weekend before Kinsie started school, and we let her pick what she wanted to do (within reason of course). First, she chose to go to downtown Little Rock. We went to the Farmer’s Market, and played for a while at their favorite rock park. 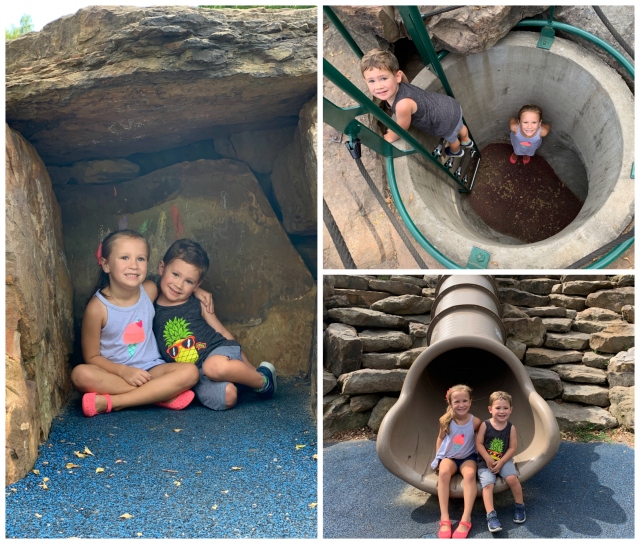 We also took a trolley ride around the city. The kids love doing this, and it’s free…win win! 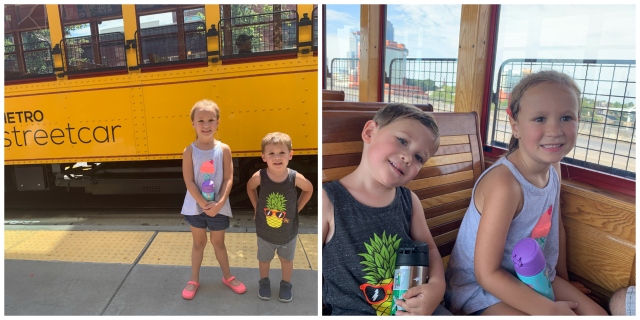 In the afternoon, the kids wanted to play in the yard. They played in their inflatable pool, sprayed each other with the hose, played with water balloons, and more. 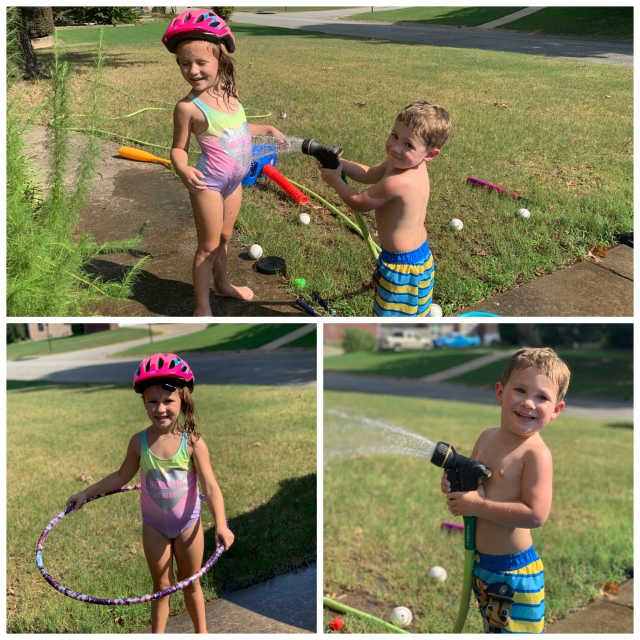 The next morning, we went to church, then Kinsie wanted to have lunch at the train restaurant, All Aboard. We had a great family weekend, and we were lucky that Ryan was able to join us for all of it! 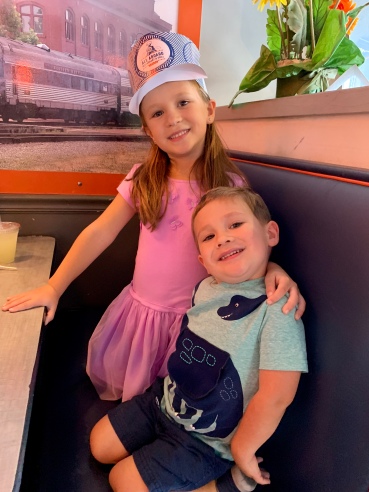 Kinsie has been aching to go to school for a while now. She was SO excited to start Kindergarten! It definitely did not disappoint for her, she has loved every second of it! 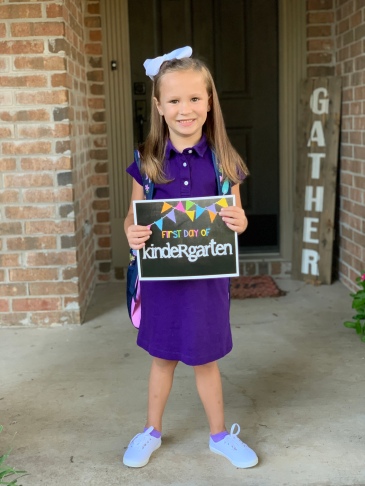 Brax misses Kinsie while she’s at school. He always hugs and kisses all over her (as you can see in the picture below).

The biggest adjustment for Kinsie has been having to wake up an hour earlier than she’s used to, but other than that, she has done great. She loves her teacher, and has made lots of new friends. The biggest adjustment for me has been the car rider line. Since Kinsie attends a charter school, they don’t have a bus system. All students are dropped off and picked up by their parents, so Brax and I spend quite some time waiting in line! But other than that, we love this school and are very happy with the school choice. 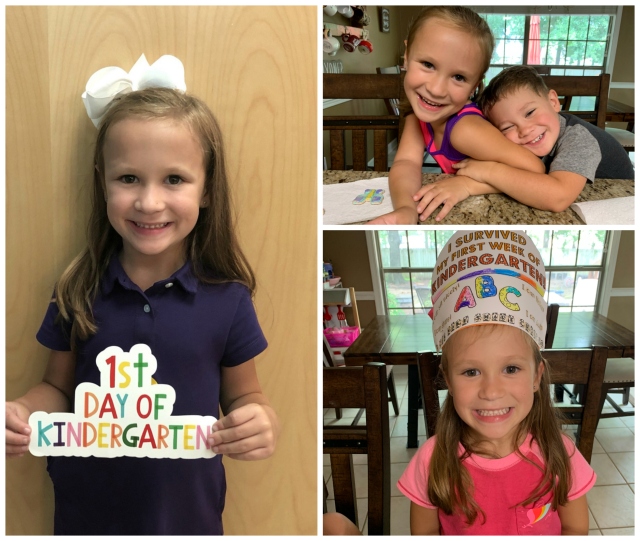 Brax and I enjoy having lunch with Kinsie at her school. She lights up when she sees us!

It makes my mama and teacher heart SO happy that my girl loves school so much. I was the same way, so I hope her love for learning continues. I love hearing all about her day, and what activities she did and what she learned. We are looking forward to seeing what all she accomplishes during the rest of the school year! 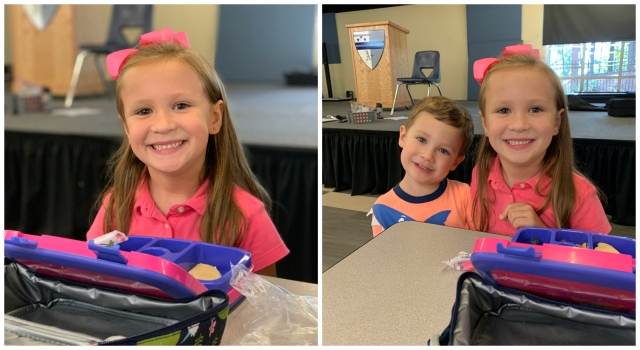 The Brax Days of Summer

Like I mentioned before, Brax and I have had lots of little fun adventures together this month. We try to do something outside of the house at least once a day, even if it’s something small like go to the store. He has been SO well behaved lately (he’s come a long way since the spring) so I have genuinely enjoyed our days together. Here are some of the highlights of our time together this month…

We came to the library to read and check out books, but the kids often like walking around the trail behind the library, especially to see the swan that lives in that lake. It was a very hot day, but Brax really wanted to find the swan, so we walked. We ended up having to walk quite a ways around the lake, but we found the swan! He was so excited, so it was worth it! 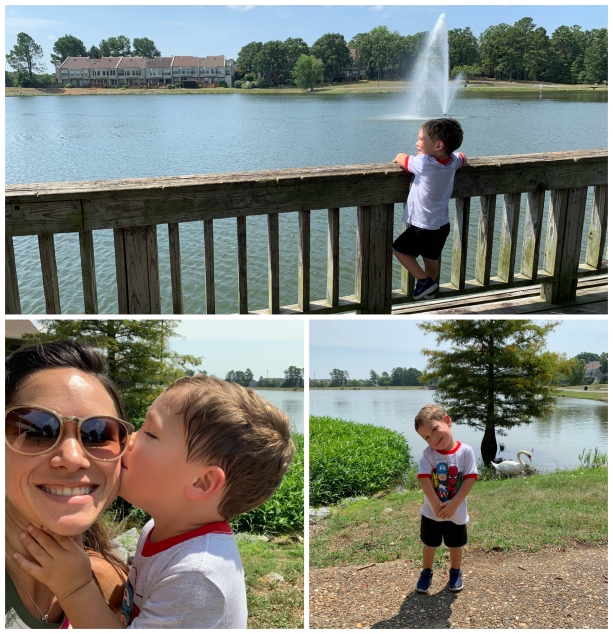 This is such a great place for a toddler to blow off some energy. I take the kids here often and they always have a great time. I wasn’t sure if Brax would still have a lot of fun like usual, or if he wouldn’t know what to do without Kinsie, but he still loved it! 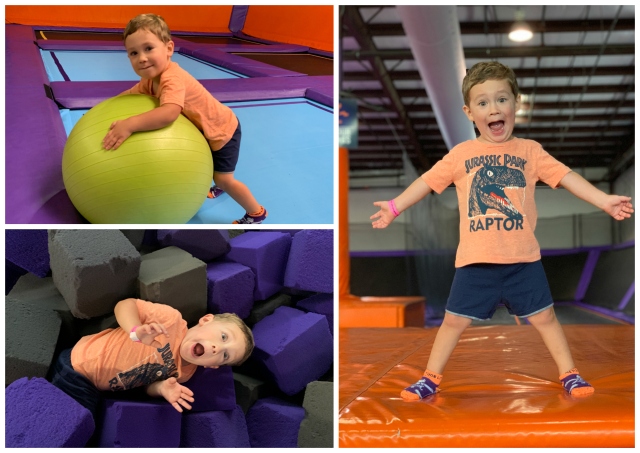 I was nervous that Kinsie would get upset that I brought Brax here without her, but she was surprisingly ok with it. I think it’s honestly because she loves school so much! Brax and I had a great morning together at the Wonder Place! 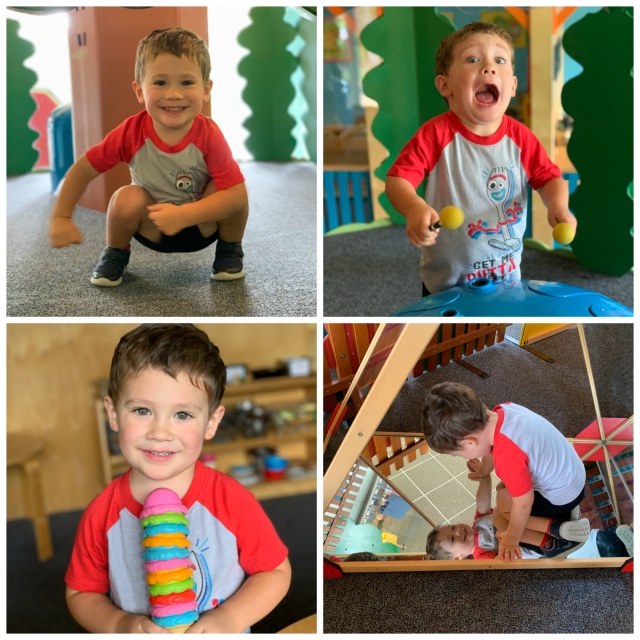 Near the end of the month, the mornings were more mild, and then it would get hotter in the afternoon. Brax and I walked over to the park on one of these mornings and really enjoyed ourselves. We don’t get to come to the park as often as we’d like in the summer, so we stayed for a few hours and had a great time!

Whenever we were home or had some down time, Brax loved doing puzzles and playing games. I also took some time this month to teach him how to write his name. He loves practicing any chance he gets! I’m hoping we have another kid who loves learning in the making, just like his big sis! 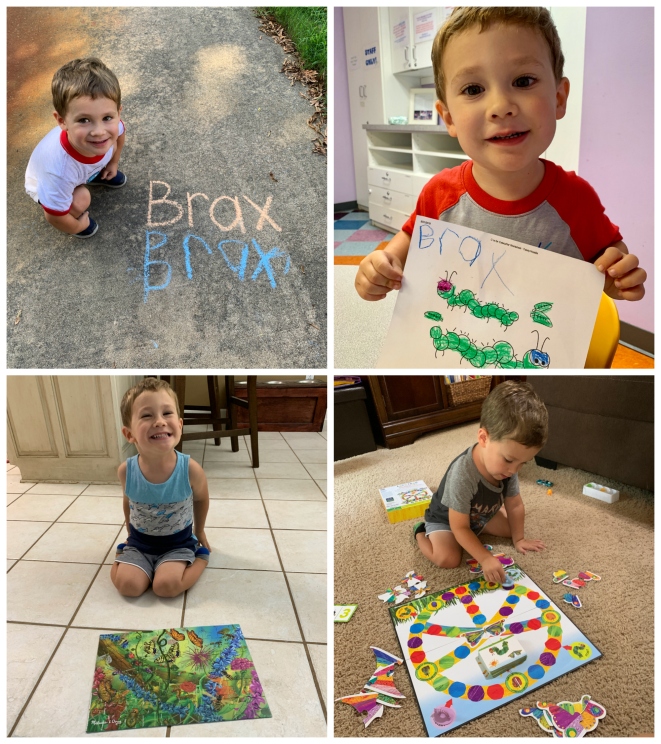 Some of our other adventures included a visit to the children’s library, Chick-fil-A lunch dates, grocery store trips, and just playing in the yard and driveway. I’m excited for Brax to start school soon, but I really enjoyed my days with him! 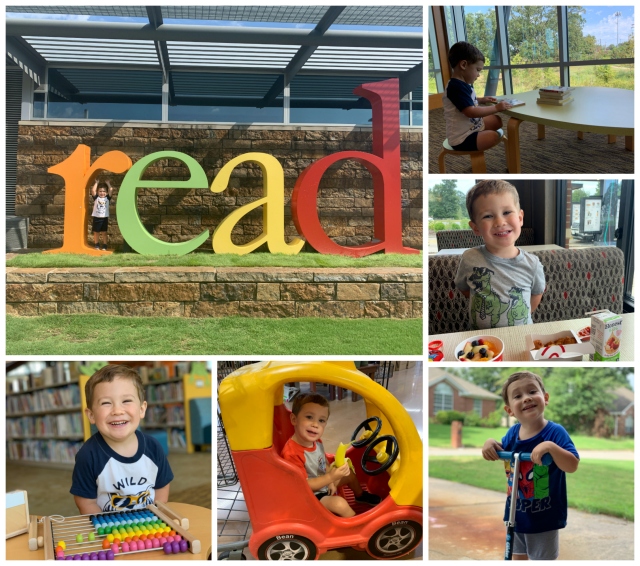 To be honest, since Kinsie started school, they have been VERY easy to entertain at home on the weekends. Kinsie misses being home and playing with her own toys and with Brax, so they spend 75% of their time just playing together at home. We have taken a few little adventures just when I feel like I need to get out of the house including…

Bass Pro Shops to see the fish, and the outlet mall…mainly to go to the bargain book store and ride the mini carousel.

We also went to the Purple Cow restaurant for dinner one night. The kids loved their purple ice cream sundae! 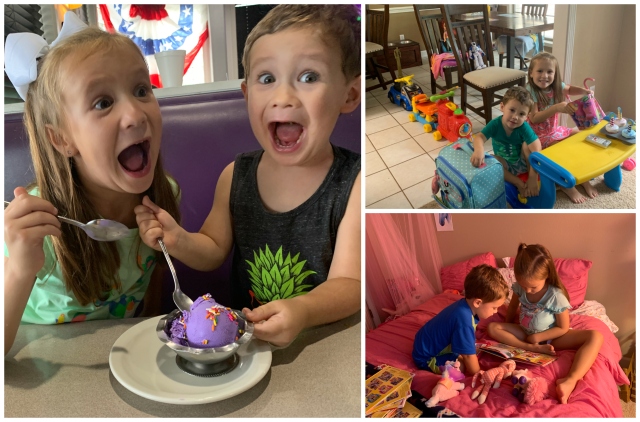 Early one Saturday, before the heat kicked in, the kids and I walked over to the park and enjoyed some outside time. They needed the fresh air to run around and get some energy out…especially together! 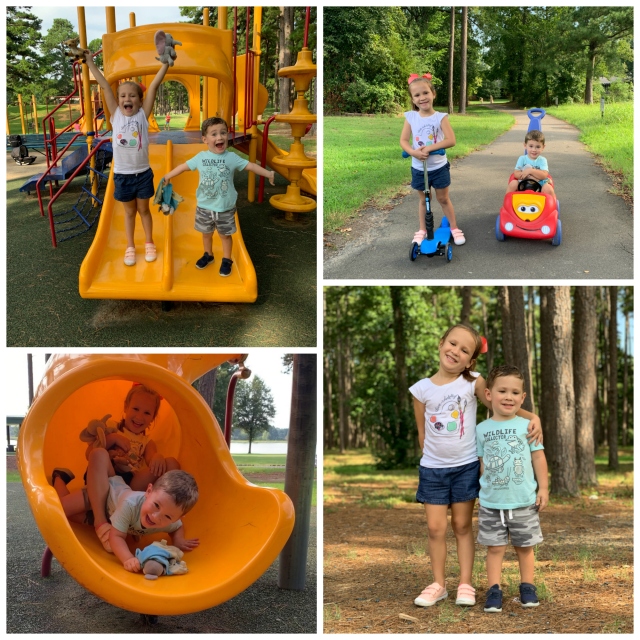 Our sweet goldfish, Hedwig passed away this month. Ryan won him at the Indiana State Fair before we were even married, so he lived longer than most goldfish…about 8 years! The kids grew up with him, as you can see in the pictures below. It was especially tough for Kinsie, because Hedwig’s tank has been in her room the last few years.

Left photo- Kinsie at 3 months looking at Hedwig; middle photo- Hedwig in 2014 (he got MUCH bigger than he was then); Right photo- Brax at 1 year old with Hedwig

Kinsie made a little casket and cross for him, and we buried him in the backyard. We were lucky to have him for so long! 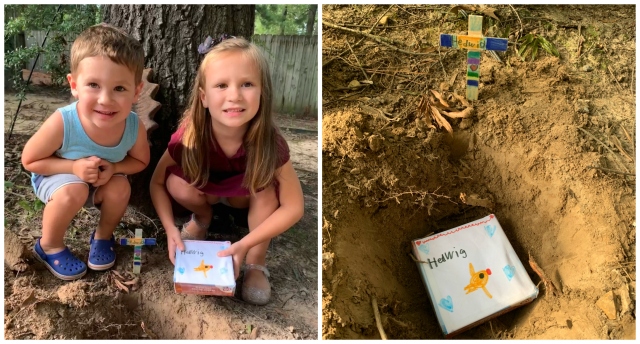 Even though we were sad that Hedwig passed, we were excited to make his tank a home for some new fish! We got 4 glowfish and Kinsie named them after Toy Story characters – Woody, Buzz, Bo Peep and Trixie. 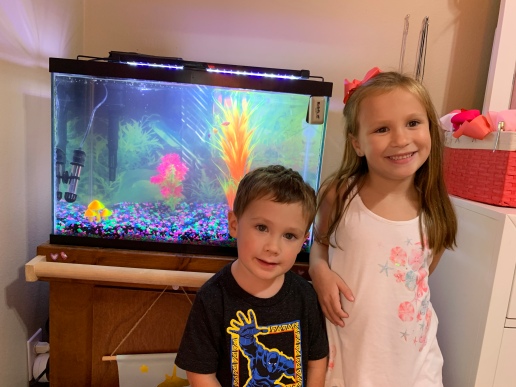 This summer seemed really long, so it seemed like it had been forever since we had seen any family. We were REALLY needing some family time, and luckily, Grandma Bev, Megan and Griffin came through! We were all so happy they were able to make the trip for a few days to see us! They loved visiting Kinsie for lunch at her school! 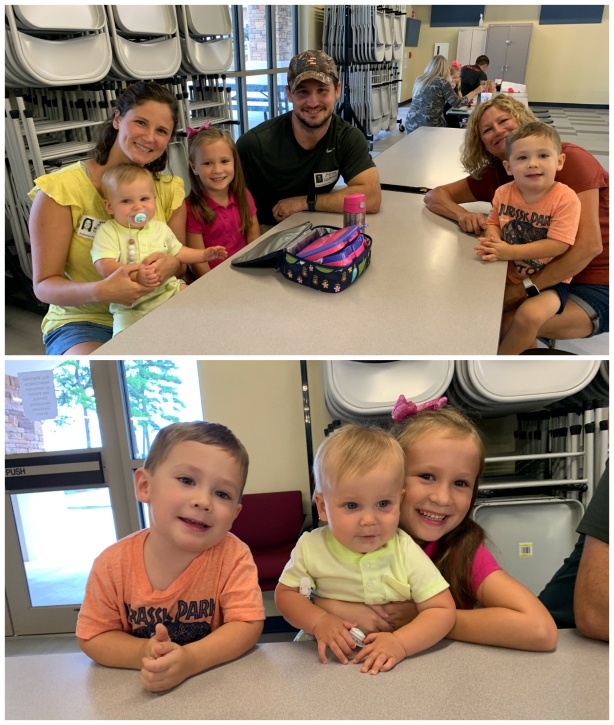 We didn’t do a whole lot, but we didn’t need to. We were all just happy to be together. The kids always love their Griffin time! 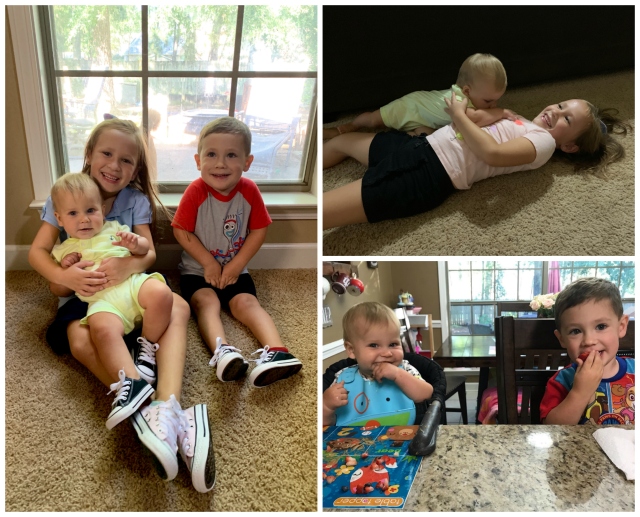 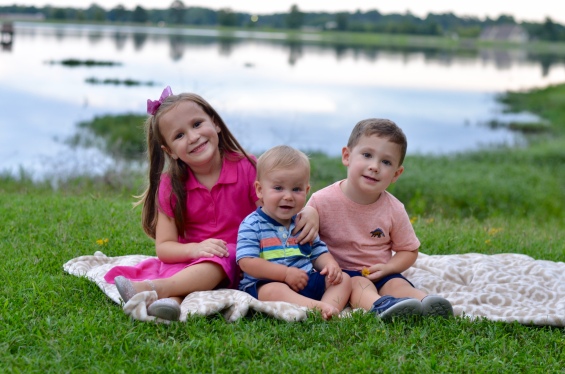 This visit was just what we needed and we are so grateful they came. We’ll have more family visits coming up in September so this helped us get through until then!

Our boy finally gets to start his school year soon! He will be in the Pre-K3 class at the same school he and Kinsie attended last year. He recently had his “Meet the Teacher Open House” and he was so excited to see his classroom and meet his new teacher. I think he is going to have a great year!

And that’s a wrap for our August. Our favorite time of the year is approaching! We absolutely love fall. Kinsie’s birthday is coming up, and then all of our favorite fall activities in October, and also a short trip to Indiana for a family wedding, followed by a trip to Orlando! Lots of exciting things coming up so stay tuned! 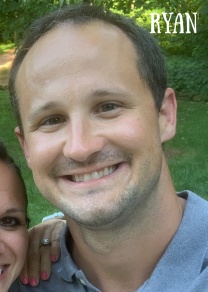 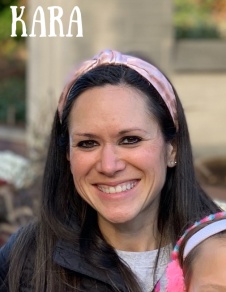 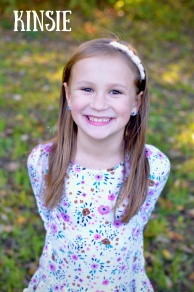 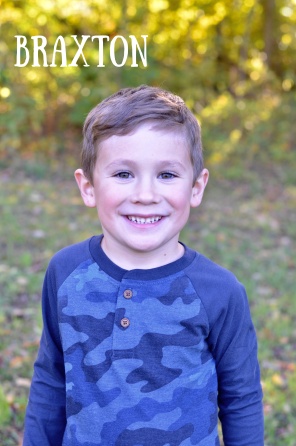 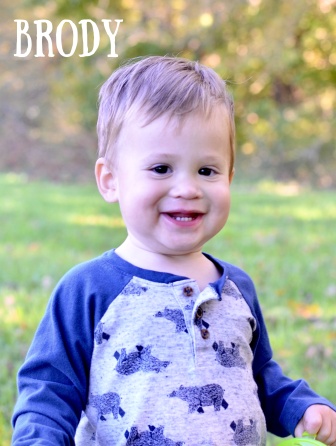